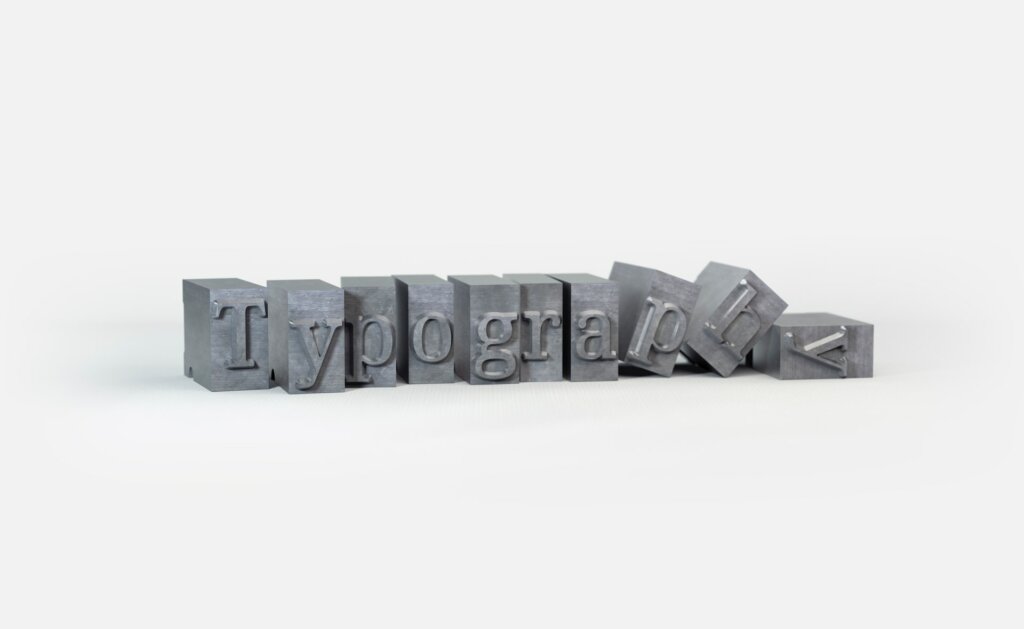 Typography may seem very simple at first: just choose the typeface you want and play around with its size, and you’re done! In some instances, you may need to play around with its color and other features as well such as strokes and shadows. It may sound that simple, but in reality: it’s not.

Typography is an art in its own respect. Therefore, if we are to make successful, we must learn its art and how to properly apply it in our design. If successful, it will allow the words we used to effortlessly shine through in our design!

But just as with any art, we can mistakes when we work on it. Therefore, it is important to be aware of the mistakes that we made so we may get it right the next time we work on it.

So, without further ado, let’s get started!

1) Using too many fonts

This is one of the most common typography mistakes made by designers, especially the new ones, so let’s discuss this first before anything else.

Using too many fonts is one of the most common typography mistakes made by designers. This is usually because they think that using more fonts and weights in their design meant adding more value to the design. However, that is usually not the case.

In fact, seasoned designers would use up to a maximum of three fonts only in their designs – in some cases, two or even one should do. Of course, you may need to use more than three fonts in some instances. But regardless of the number of fonts you use, be sure that they will complement each other. Otherwise, they will look disjointed and very painful to the eye of the viewer.

2) Not making active decisions about the fonts and styles used

With the advent of technology such as AI recommendations, some designers became more reliant on a program’s suggestions of fonts rather than on their own creative decisions. While AI recommendation do help in bringing out ideas on which fonts and styles to used, the final decision should still come from you. After all, you are the designer, you are the maker of that design. Therefore, you should take key decisions for your design – be it on typography or elsewhere – rather than having your program do the “decision-making process” for you.

3) Filling up negative spaces too much

While designers know that negative space has a role in their work, let’s face it: many of us still have that unquenchable thirst to fill up those negative spaces. Maybe, it’s because we want to add in as many detail to the design as possible or to simply maximize our canvas use. But sometimes, filling up negative spaces too much make our design look as if it’s cramped – well, because it literally is!

4) Leading is too tight

Leading (or “line spacing” as it is usually used in word processing software) is the space between the two lines of your characters. Some designers, probably in an effort to maximize their canvas use, use a very tight leading or line spacing for their words. The end result is an unreadable and pain-in-the-eye typography.

Do not tighten your leading so much because, well, it makes it harder to read for your audience. Be sure to use a relaxed leading or line spacing so that it is more readable and relaxing to the eye.

The question is: how much line spacing do you need? Well, it really depends on your judgment based on the design that you are working on. But you would usually spot if the spacing is relaxed or if it becomes too tight. Let the font size and style guide you with it.

5) Double spaces on every full period

However, when it comes to design, double spacing can hurt your overall design. It’s simply not necessary that the characters in your design are separated by a double space so long as the characters are still readable.

Typography is an art that should be mastered in its own respect. Unfortunately, some designers underestimate it and think that choosing whichever font, style, color and weight they want is enough. As a result, they make typographic decisions that may break their design.

Here are just some of the common typography mistakes that designers make. Take note of these common mistakes so that you can avoid doing it in your design.