Home / Blog / The Pareto Principle And UX – Why Should You Care?

The Pareto Principle And UX – Why Should You Care? 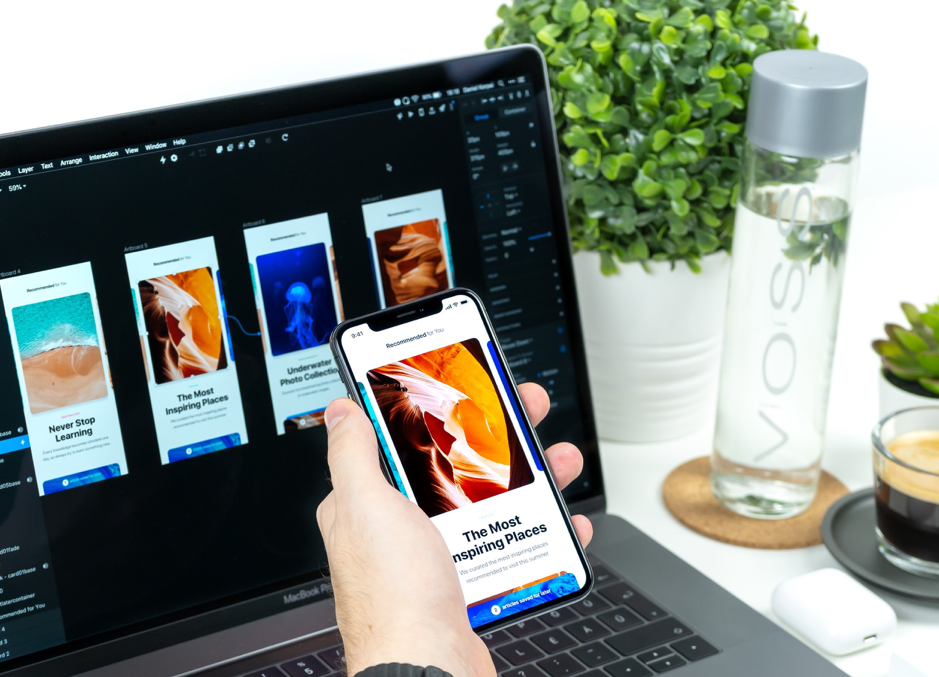 Across most of the development projects, the shortage of resources and money is felt most commonly and frequently. This is where the much-appreciated Pareto design principle which is also known as the 80-20 principle comes into the picture. This principle besides helping the designers with a minimalist approach also helps them to validate their design decisions based upon user research.

Before we go into the technical details and constituent factors of the principle, we must understand the source from where this principle took a start. Way back in the 1940s, a management expert named Joseph M Juran came with the observation that 20% of inputs in any business process are responsible for 80% impact or outcome. Because of the basis of the principle having some relations with the theory of the famous Italian Economist Vilfredo Pareto, he named this principle as Pareto Principle.

Design of the UX, a priority for marketers has received a boost from the minimalist approach of the Pareto principle. In the context of design, the principle had wide-ranging significance and particularly for web and mobile app design for modern enterprises, the principle brought an era-defining impact with minimalism and consequent approaches like the Minimum Viable Product (MVP).

The Role of the Pareto Principle in UX Design

In spite of the complexity of the design, most websites and mobile apps and their design elements conform to the Pareto principle for many reasons. For example, only a handful of features and functions actually receive the majority of user engagement. This doesn’t imply that other functions and features are useless but this shows that only a handful of the features are used most of the time by the users. However hard you try to make every piece of content and every single feature equally useful, a portion of them will get more traction than others. Since it is bound to happen, the UX Design should embrace this principle for optimum output.

This principle also rules user research activities and outcomes. For example, when you ask your users about their preferred or most useful features, most of them end up choosing some common features while giving priority to other scantily. When you ask them about the required improvements or enhancements for the app features or UX elements, most of the users end up favoring a common set of improvements.

So, when an app project has a budget or time constraint, knowing the priority features and enhancements can really be crucial for building the app faster and doing without the irrelevant features and UX attributes. A Pareto principle in UX design helps to keep the focus on the most relevant feature set and thus reducing the budget and time requirements for the project.

Key Advantages of the Pareto Principle

Understandably, the Pareto principle as the practical and pragmatic UX design principle helps designers and developers to maintain focus and priority-based upon relevance validated by user research. Naturally, by embracing this principle UX designers seldom can go in the wrong direction.

Let’s explain here some of the key advantages of the Pareto principle in UX design.

There is a common and popular saying that “getting things done is better than perfectionism.” Well, the Pareto principle in the context of the UX design just follows this. Yes, instead of spending a hell lot of time and development budget to come with an app complete with a bounty of features, it is better to build a stripped-off and highly useful app with only relevant features validated by the user research. This is why the Pareto principle actually comes as an antidote of perfectionism and addresses the shortcomings of the latter.

Perfectionism is Not User-Centric At All

Perfectionism or an uncanny knack to shape every detail design elements to perfection is a common characteristic of many designers. While this sounds very boastful for the designers, in effect often perfectionism actually leads to a lot of irrelevant efforts and consequent development time.

For achieving perfectionism often designers spend a lot of time and money on projects that only add to the budget and development time. So, in the final analysis instead of being user-centric, perfectionism is actually a principle that can only be self-satisfactory for the designers.

This is why considering the sample size of data is extremely important for using the Pareto principle effectively. To maintain relevance, a sufficient sample size of data is required to be brought under the user research exercise. For example, just by analyzing the data collected from customer interactions over a dozen calls from the help desk cannot be enough sample size for the research to draw any insight. Making data available for a larger context is key to the successful utilization of the Pareto principle.

What Pareto Principle Does for MVP?

MVPs (minimum viable products) is a recent development approach that focuses principally on the bare minimum features and design attributes for an app project. This approach shares many similarities with the Pareto principle.

Let us have an understanding of the common attributes of the Pareto principle and MVP development approach. The basic tenet of both is to build the app faster and with the least amount of relevant features that can actually engage the audience quickly and receive faster traction. The second important thing is to keep the development budget and time lower to ensure optimum user satisfaction.

When you already have tangible and well-validated data-driven insights about what works and what doesn’t, you can easily keep your design and development focuses on the most relevant and useful. This is how the user research based upon the Pareto principle actually helps to implement the MVP development approach.

Today’s focus of the designers and developers is to deliver user-centric design validated by data-driven insights. Since the design process is getting expensive and more complex and on the other hand, faster release of the apps has become crucial for the success of development projects, the effort of maximum output with minimum efforts has become a competitive principle. The Pareto principle has emerged as a UX design principle to fulfil this objective.