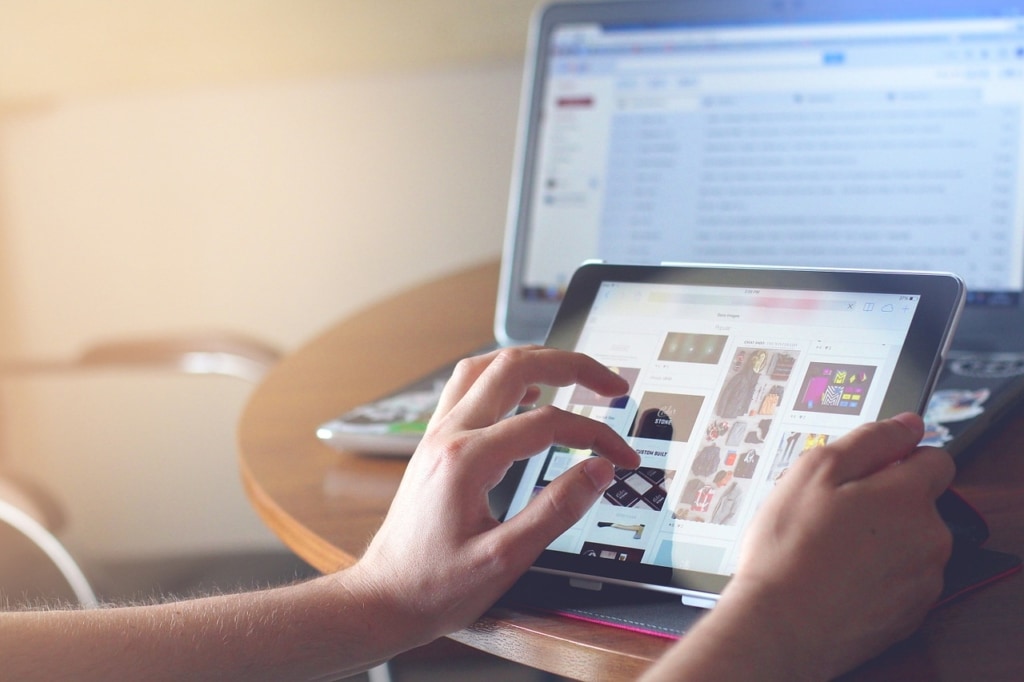 2019 is in full swing and it is high time that we considered the mobile UI design trends that we can expect to see as the year progresses. As is abundantly clear from recent releases, an increase in the sophistication of mobile user interfaces does not necessarily mean an increase in gimmicks and other innovations that add aesthetic value but seem to have very little impact on user experience. In fact, users are increasingly being listened to, and as a result the trends to really watch out for are those of increased convenience, attention-grabbing design, and content, content, content. These developments are being supplemented by the arrival, finally, of the futuristic technologies of Augmented Reality (AR) and Artificial Intelligence (AI). Yes, we are now officially living and operating in the future. Although these technologies have been around for quite a while, and some of the major players such as Google have talked up their potential, it has been a patient wait to see how they could be implemented to positively affect the user experience with mobile interfaces. It seems that wait could now be over. This article will take a look at current mobile UI design patterns, as well as what to expect as we move further into 2019.

Augmented Reality: the time is now 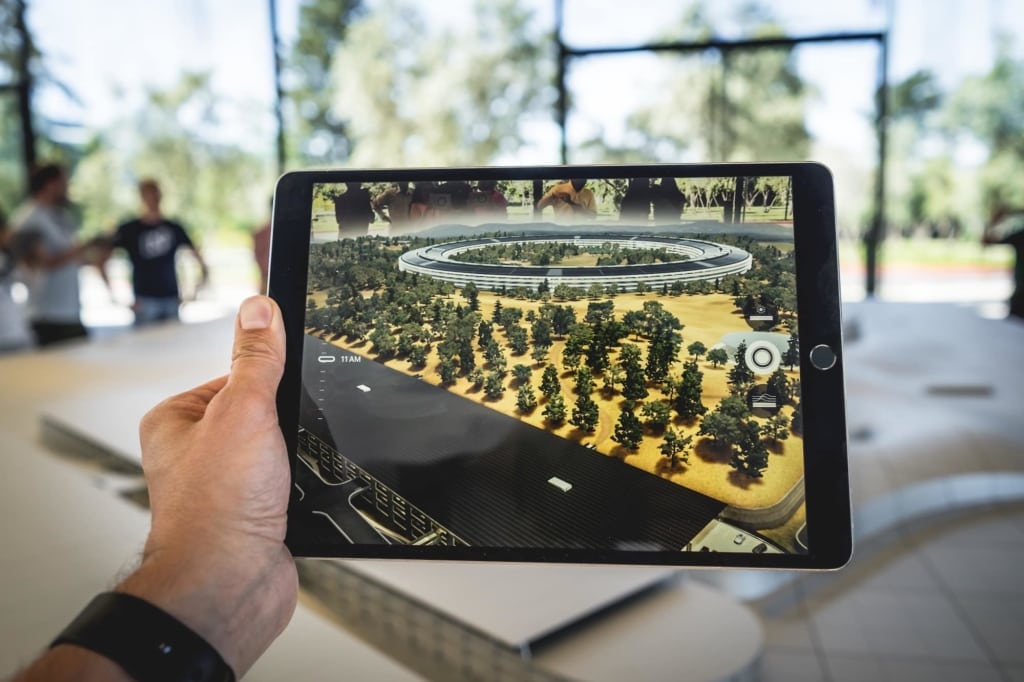 Perhaps when we look back in years to come to consider the legacy of 2019, it will be known as the year of Augmented Reality in mobile UI design trends. Of course, AR is nothing new – it has been talked about for a long time now and some of the bigger names on the scene have already begun dabbling in AR features. Yet 2019 is set to be the year that AR truly breaks out into the mainstream Notable recent developments in AR mobile UI design can be attributed to major players such as Google and Snapchat – global giants who can truly bring AR to the masses. Google is setting it’s AR stall out with its new AR Maps – as introduced at the company’s 2018 I/O keynote. What we are looking at here is an augmented reality street view mode which will include personalized recommendations. This works by using a live feed from your phone’s camera, and in essence will see directions added on top of the regular street view as seen now. We still don’t know exactly when this technology will go mainstream, but it is currently available to private-alpha users. And then there is Snapchat. The word is that the social media behemoth is experimenting with augmented reality billboards which can be activated through the use of your phone. This involves pointing your phone at the billboard in question and viewing the advertisement through your camera function, bringing the image to life. The possibilities here in the world of advertising are huge, and this is one gimmick that may just bring Snapchat back to previous levels of success. Where else may we see the use of AR in mobile UI design inspiration? The world of online shopping, that’s where. Companies such as Coty, Topology and Warber Parker have already released sales channels which enable a customer to try a product from the comfort of their own home through the use of AR technology. If this technology proves to be popular, and there is no reason to assume that it will not, then we can expect these mobile UI design patterns to become commonplace. “One last thing about AR design apps. Where they used to be immensely costly, this is now not necessarily the case. Expect to find affordable and convenient-to-use mobile UI design templates offering AR options as a matter of course” states Antonio Maynard, UI mobile designer at Academized and Paper Fellows.

The world of AI will be hitting mobile UI design trends in 2019, mostly through the development of voice-based user interfaces – the Google Duplex project and the Microsoft  Neural Text-To-Speech (NTTS) Service are two such examples being rolled out by the big guns, while Amazon has announced that it will be upgrading the Alexa smart speaker in relation to its voice capabilities. SoundHound is an example of a smaller operation which is using AI technology for its in-car voice-activated assistant, so this is not just in the hands of the big boys. And we are not just talking about voice-based user interfaces here: image recognition, natural language processing, machine learning and chatbots are all examples of AI technology available as mobile applications. These particular mobile UI design patterns look set to continue gathering pace. Chatbots are a particularly interesting mobile UI design trend – major players continue to champion their use and there is little doubt that in the competitive world of ecommerce, they can be the difference between making a sale and not. Yet chatbots are expanding into other territories too, and look set to be an integral feature of digital strategies. Mobile UI design templates are already available which can help you incorporate these AI technology innovations, which not so long ago seemed out of reach to the average business.

One certainty for 2019 will be the prevalence of animated characters on interfaces. The reason for this is simple: to capture attention and imagination at a time when it is becoming increasingly more difficult to do so. The State of Attention report released by Prezi contained a host of interesting statistics in relation to this issue, and respondents were categorical in their enthusiasm for animated content. This trend has already become noticeable on social media channels, where the more traditional use of pictures and icons have been phased out for more colourful animated designs straight out of the Disney-Pixar playbook. Expect this to continue to be a dominant theme for the year ahead – a colourful animated companion will become the norm. And once again, mobile UI design templates already exist which can help you stay ahead of the curve with introducing animation to your user experience.

When it comes to mobile UI design trends, microinteractions are nothing new, and it is generally agreed that a user-friendly experience cannot be achieved without them. From the scroll down to reload feature that we all now know so well on mobile sites to swipe interactions, these mobile UI design patterns look set to continue in 2019 and beyond. As for mobile UI design templates, the usual favourites of After Effects, Framer and ProtoPie will continue to be en vogue.

We already briefly touched upon waning attention spans, and here is yet another way in which developers are ensuring they don’t lose the user. Accelerated Mobile Pages (AMPs) are the result of a project initiated by Google and Twitter to produce, you’ve guessed it, really fast mobile pages. Initiated as a response to Facebook’s Instant Articles project, it is based on pure readability and speed. For example, there is no waiting for unnecessary images to load as they only do so when scrolled down to. With a maximum of one second the goal, we are looking at one of the most significant mobile UI design trends of recent time

In-app gestures: show me what to do

With the major manufacturers already minimising the number of buttons available on mobile devices, we are already living in a gesture-based world when it comes to our technology. Yet with ‘home’ buttons also frequently becoming a thing of the past, user interfaces are becoming ever increasingly reliant on gestures to manipulate control functions. Another development which can already be found in some quarters is the use of gesture-mimicking images which inform the user of gestures that can be used.  Mobile UI design inspiration is increasingly gesture-based, even Youtube is now incorporating it into their interfaces.

OK, so perhaps this is not a new innovation – many would point the finger at 2018 as the year of the video with regards to mobile UI design trends – but do not expect 2019 to be any different. In fact, the theme for this year may be the video content starts to find its way into less traditional areas of interface design.

“Increasingly, users are hinting at a desire for video guidance rather than the traditional text-based approach of days past. In this way, there’s almost no aspect of the user experience that could not be supplanted by video content. Watch this space!” enthuses Chloe Herbert, UX analyst at Australian help and Oxessays.

Certainly one trend that has already begun and looks set continue is the current popularity of simply mobile UI design. The reason that designers have made this conscious decision to pull back on the razzmatazz of interfaces is in itself simple: to focus attention on the content. The new approach is all about helping the user easily understand and navigate the content without hindrance. The current approach is all about straightforward design, and standard and solid colour contrasts, which fly in the face of the previous leaning towards subtle colour blends and a host of complex design innovations. The benefits of this approach are clear, but what about the drawbacks? Ultimately it is harder to create a unique customer experience if your design contains no bells and whistles, and stamping individual character on the interface is going to be more challenging than ever with less to play with – text format and photography are two elements that can be utilised for this purpose – but this is a case of what the user wants the user gets. Simple design is the way forward in 2019. The year ahead will undoubtedly see simpler and more neutral interfaces, which is a case of users leading development in stating clearly what they want. Designers have taken notice, and this is a mobile UI design inspiration that has come from the importance of keeping your ear to the ground.

The theme here is that icons will continue to replace words where possible, having the dual consequence of enabling the interface to be a little more unique, and also making the user experience easier for those with reading difficulties and to work across language barriers. We have already seen users starting to look for video content as a substitution to traditional text. This is simply another manifestation of that same desire, while mobile UI design trends bend to the wants of the user. Check out our article about illustrations for designers.

Yep, be prepared for your face to become your new password! The convenience of this development is clear, and mobile phone developers have been working on this concept for a long time. 2019 will finally be the year when this technological innovation starts to hit the mainstream on sites varying from ecommerce to social media. It’s all about convenience in terms of ease of logging in, as well as security – face recognition has the capacity to change the game from these two important perspectives.

This comprehensive guide to mobile UI design trends for 2019 should see you covered when it comes to what to expect for the year ahead. Of course, there may be the odd unexpected innovation – there usually is – but the fact of the matter remains that developers are increasingly listening to what users are demanding, and they want simple, design-friendly interfaces which focus on user-experience and convenience. And content! It’s all about the content! Gimmicks will not suffice for gimmicks sake, they must add to the convenience and/or security of the use experience (such as in the case of facial recognition software), or be used to catch attention at a time when it is increasingly difficult to do so. As a user, it all adds up to a great year ahead.