Home / Blog / Why Your Company Needs a Design System?

Why Your Company Needs a Design System? 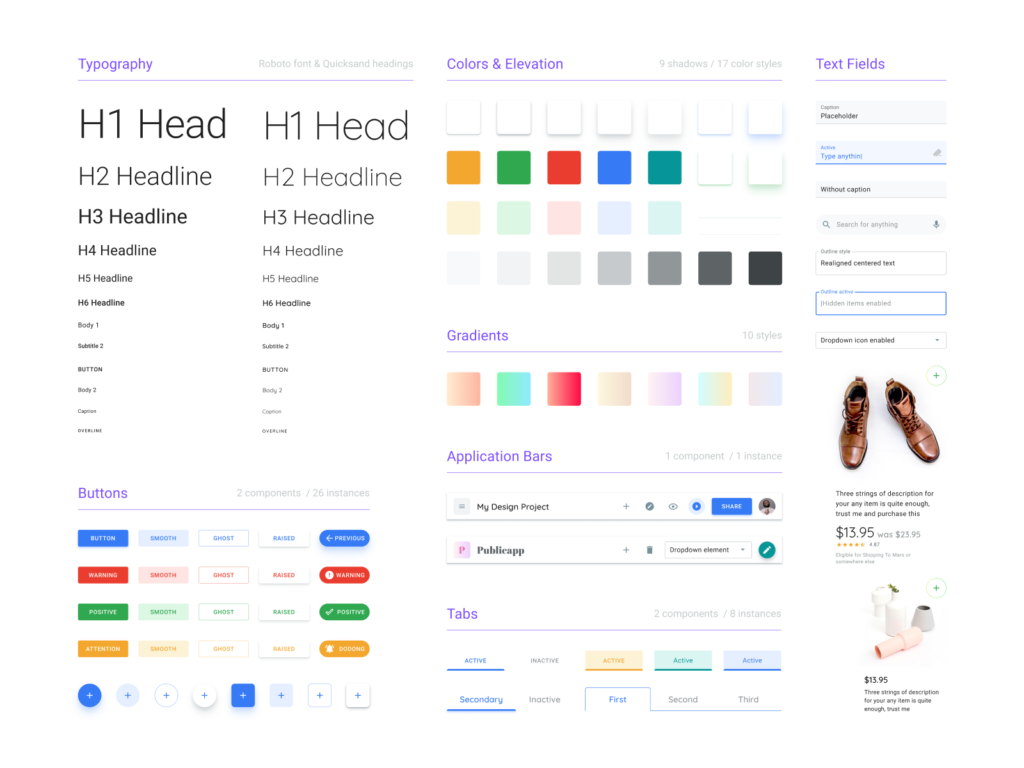 With an ever-growing number of devices, screens, and client’s needs, designers struggle more than even to deliver top-notch user experience and do it fast.

And that’s what a mature design system can help them with.

Design systems help teams deliver better user experience, increase brand awareness, and more, importantly, save time in the process. Designers no longer have to reinvent the wheel each time they start working on a new project – they have time to try something new.

So, what a design system is exactly? How does it work? And do you really need it, if you’re not a billion-worth corporation?

What Is a Design System?

A design system is not just a guideline, a UI kit, or a brand book. It’s a set of company’s values, tools, and components that makes it easier to design, test, or update the product – visually or technically.

The design system offers a single pattern – an approach to interface design – in everything: navigation, icons, fonts, and tab names.

The first meaningful attempt at large-scale web unification is Material Design from Google. They started working on it back in 2011, and in 2014 presented a ready-made design system.

Here are some of the world-famous design systems:

The most prominent design systems are shown on styleguides.io and designerlynx.co.

What Is It Used For?

Design systems are mainly used for large-scale products that are being regularly updated. Banks, holdings, international corporations, government services – most of them have a design system.

But they’re not alone: you can use a design system even your team consists of ten people.

Why do you need a design system? Especially if two designers from one team don’t usually get to work on one product?

The design system solves three main problems: it standardizes the steps to design a website, speeds up the design process, and helps to keep the design quality high. Even if a few designers are working on it.

Here are the main signs your company needs a design system:

Right now, each and every website works as a problem solver. And the faster a user will figure out where to click to solve their problem, the higher is the change they’ll stay on your site (and won’t switch to competitors). Unification is functional because if all websites, forms, and buttons are more or less similar, they are easier to use.

All that, though, doesn’t mean that design systems kill creativity. They boost it instead: when you start implementing time-proven patterns each time you work on a new project, you have more time to address real client’s issues.

How a Design System Can Help You

A mature design system can potentially save time and money when it comes to developing a new service or updating an older product.

It Is Good for Your Team

First, the design system helps the team to save time: they create and test layouts much faster with ready-made libraries and patterns.

Second, it simplifies communication within the team and helps designers and developers to show better cooperation results.

And Beneficial for Your Clients

First, the overall approach to UI and UX designing makes the product more accessible and understandable for users.

So let’s get this straight. A design system is a set of components that make a unified design and web development system. The system, in turn, is based on the company’s culture and values.

The design system helps save time and resources during development, testing, or components updating.

But, just like any tool, it’s not static – it’s a living, dynamic entity that constantly gets new components and modifies existing.

The design system itself needs support and updates, which will consume the team’s resources. You should take it into account when you’ll be assessing financial risks.

The design system allows us to keep a unified interface and bring all the brand’s products to one visual language. This helps the company to increase brand awareness and customers’ loyalty.

What Makes Up a Design System?

Now, let’s see what a design system is made of.

Atomic design methodology describes each component in a design system. This concept was created by web developer Bran Frost, who suggested using chemical terms to describe the components.

Atoms are the smallest elements of a design system: UI atoms include font and color styles, modular grips, and all the forms that will be used in the product.

Molecules are relatively simple groups of elements that work as one. For example, you combine search boxes, an input bar, and a button to create a search form molecule for a website.

Or blocks. These are relatively complex UI components that consist of groups of molecules and/or atoms and/or other organisms. Organisms form separate sections of the interface.

Consist of a few organisms. These are page-level objects that combine components into a layout and form the basic structure of the content design. As a result, abstract molecules and organisms are given a certain context.

A template is a draft the design team shows to developers, not to the client.

The template then gets tailored to customer’s requests. Pages show how exactly design templates will be used and how the UI looks when it’s filled with real content.

Designers need pages to test how effective their basic design system is. At this stage, creators begin mastering their work – and they shouldn’t be afraid of this process. Actually, designers need to move to this stage as quickly as they only can.

What Are the Benefits of a Design System?

It’s very convenient to use a design team when working in teams. Especially when it comes to a large project with extensive functionality or even several services developed by one brand.

And here’s what else a design system can do:

When everything is clearly described, the team ensures design continuity at all levels. UI gets standardized too due to the use of best patterns – and it becomes more convenient to use the app or website.

Let’s imagine there are two big projects: one comes with a UI kit, and the other has a design system. In the first case, you can only show separate buttons to your new team members. Their job is to think of ways to combine these buttons with other design elements.

In the second case, the designer gets a ready set of elements right away. They only need to finish the page – which, of course, is much easier.

In addition to corporate color, tone of voice, and other things, branding can be embedded even at the level of a button on your website.

And if you are a big player with a chain of stores, it will be easier to maintain such a design system.

When your team has a design system, they make new pages much faster: designers and devs don’t waste time on buttons that are already made. Actually, with a ready-made design system, your team can save up to 70% of the time during the development.

By the way, you don’t need to have an expert designer for creating standard pages: even a designer trainee is capable of doing that.

Forget about the situation when one person in the team holds all the knowledge – and doesn’t (or can’t) share it with other members. If this person decides to leave your company, they will create context gaps the rest of the team will have to somehow fill.

Yeah, that’s right: you need to spend time and money to create and maintain a design system. But in the long term, it is certainly worth it.

A design system is a structure that tides up all the design tools and processes. It’s more than colors, fonts, images, layouts, and style guides. It’s a philosophy and language that guides designers and helps them create more intelligent products.

Companies that have their own design system are often called ‘leading’. They are already leaders in saving time, facilitating teamwork, and getting marketing benefits.